Home Adventures Wintersports Nothing to celebrate about ground hogs 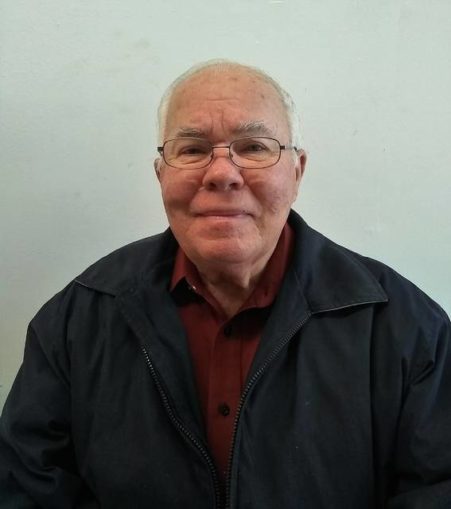 The pansies of cool November are tough. As we move farther into November, the days are still getting shorter by a minute each evening. The colorful pansies with faces add a lot of brightness, beauty, and color to chilly November days. Their deep green foliage adds a lot to the deck and porch.

To keep them thriving, keep them watered once each week. Feed the pansies with Flower-Tone organic flower food or pansy booster in one pound bags in garden departments and hardware stores. You can also feed pansies with Miracle-Gro plant food mixed with proper amount of water in a sprinkling can and poured around the base of the pansies.

Even in the month of November, pansies can still be planted. Pansy plants are still available at Walmart, Lowe’s, Home Depot, Ace Hardware, and most nurseries and hardware stores. Pansies are tough and will bloom all the way into spring.

Caring for rose bushes in November. As November moves along, it’s time to give some attention to the rose rushes and prepare them for the season of winter which will arrive later next month.

Trim back all long canes that could cause ice and sleet damage during winter months. Remove all spent blooms and rose hips. Apply a layer of bone meal around the base of the rose bushes to promote strong root growth during winter. Add some Rose-Tone organic rose food and dig into the soil. Add a layer of crushed leaves to protect rose bushes during the months of winter. All these steps will prepare the way for great roses in 2021.

Preparing autumn leaves for a harvest table display. Leaves can be used along with cream pumpkins, jack-be-little pumpkins, Hershey’s autumn kisses and Indian corn to make a centerpiece along with pilgrim and turkey candles. To help make the leaves last through the season of Thanksgiving, melt a stick of beeswax and dip the leaves into the wax.

Plenty of juncos and chickadees at the feeders. As November days become chilly, the juncos, chickadees, and sparrows crowd the bird feeders looking for a quick meal. They are more active each day and your feeder will become a welcome addition to their food supply. They are also fun to watch from the front porch. The cardinals are active and certainly add a touch of early Christmas with their red color.

Fill the feeders daily and replenish birdbaths with fresh water. Empty ice from the birdbaths each morning after freezing temperatures.

Looking for a hidden Christmas ornament. Many leaves have fallen from the trees leaving bare limbs and branches exposed. They may reveal an artistic bird nest that can carefully be removed and made into an unusual Christmas tree ornament. Some birds make nests from twigs but the best ones for a Christmas ornament is a nest made from straw and grass, that look like it has been woven together.

When you find one, remove it carefully. Spray it with several coats of clear varnish and allow it to dry. Add several glass eggs to complete the ornament. Find a small box to store the ornament and wrap the nest in layers of paper towels or toilet tissue. The nest will last for many Christmases.

A little bit of extra greenery inside the house. It is always great to have something green inside the home during the months of winter and late autumn. There are two green items that will grow easily during the autumn and winter inside your home. If you have plenty of onion sets in the garden, place two or three sets in a container of potting medium and place container near a sunny window. They will grow quickly and tops can be cut and used in salads.

Another green item that is a producer of colorful flowers is the narcissus of paper white bulbs that can be planted in a container of potting medium and brought into the home. If planted this week of next, they will be in bloom by Christmas. As Christmas comes, you can adorn the container with red or green foil wrap.

Dark-thirty evenings are with us. With the ending of Daylight Savings Time and days getting shorter by one minute each evening, there is now plenty of early darkness, and it is hard to get adjusted to it. We now have four months of early dark-thirty.

A pumpkin butterscotch bread pudding. We are in the season when anything with pumpkin in it tastes great. A bread pudding recipe with plenty of simple ingredients is custom-made for an autumn evening meal.

Run the hot dog buns through the blender in “grate” mode. Beat eggs and pumpkin and pumpkin pie spices with the grated hot dog buns. Add other ingredients and mix well. Spray a 13x9x2 inch baking dish or pan with Pam baking spray. Pour the pudding ingredients into the pan. Bake at 350 degrees for about 40 minutes or until firm. Top with Cool Whip of Dream Whip when the pudding cools.

The color of green is apiece, and we see it in the cedars, pines, and honeysuckle vines and their color is enhanced by the background of the trunks and limbs of might oaks, maples, poplar, and birch, hickory, and the dogwoods.

The leaves that once covered the trees now form a blanket under them. The garden plot has its share of green from spikes of onion sets, kale, mustard greens, turnips, broccoli, and the collards.

November splendor reaches autumn glory and another season is on the way paved by the days of November.

November is the time to purchase a Christmas cactus from most nurseries, hardware stores, Walmart, Lowe’s, and Home Depot. They cost between $5 and $10 depending on the size.

When you buy a cactus, go ahead and buy a bag of cactus potting medium and a larger container and re-pot the cactus as soon as you get home. The cactus you purchase now has a plus because it will be in full bloom and you will know the color you are choosing.

A bit of November “Mudhole Lore.” November can bring some cold weather, but we hope it is nothing like this bit of weather lore (or bore!). This lore says, “If a mudhole in the middle of November has ice that can support a duck, the rest of November will be nothing but sleet and muck.” We certainly hope this is only lore or bore. We would rather have sleet than muck!

Hoe-Hoe-Hoedown: “Age has privilege.” An older woman was driving a big, expensive car that was brand new. She was preparing to back into a parallel park into the empty space. Suddenly, a young man in a small sports car zoomed into the space. The older lady charged out of her car and angrily wanted to know why he had done that when he could clearly see she was trying to park there. The young man’s response was, “Because I’m young and also quick.” When the young man came back a few minutes later, the lady was using her luxury car as a bulldozer against the sports car. Now, the young man was angry and asked her why she was bashing his car. The lady’s response was, “Because I’m older, I’m mad, and I’m also filthy rich!”