In these strange plague times, B&T is more determined than ever to unite the industry and revel in the glory of our industry’s best and brightest overachievers.

That’s why over the next few weeks we’ll be celebrating adland’s youngest and most talented individuals; that’s right, B&T‘s 30 Under 30 finalists.

There are 10 finalists in each category, and 10 categories overall. So, if you’re keen to see who made the ultimate list this year, now’s your chance. Let these individuals inspire you, make you seethe with jealousy and ultimately motivate you to do the best work you can, and enter the Awards in 2021.

Without further ado, here are the 10 Media Planner/Buyer finalists. 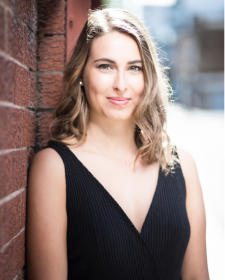 Danielle has always been fascinated with psychology and human behaviour from a young age. Her passion for understanding the consumer lead her to a trainee role at UM in September 2013. A penchant for learning and drive to succeed elevated her to a Partnerships Manager just 2.5 years later.

Her next challenge was working on one of Australia’s biggest clients at Carat as Business Manager on Woolworths. Then, in June 2017, Initiative approached her to join the Communications Design team.
In 2019, she filled the position of key client contact across the simultaneous new client transitions of Carnival Australia and LEGO, growing the team from 6 to 17 in just three months. She was promoted in November to Associate Director on some of the agency’s biggest clients (Princess Cruises, Fujitsu, Revlon and LEGO). 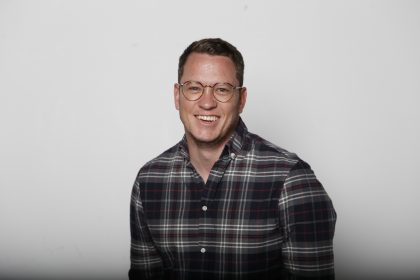 Jimmy is a strategy/planning director, leading the thinking of teams across clients such as Dan Murphy’s, Energy Australia, LaTrobe University, as well as new business pitches. The most notable pitch was the local Disney pitch in 2018, which he owned, bringing all parts of the DAN OM together to deliver a compelling ‘Dentsu” proposition.

Due to this, he was selected as one of two to pitch in Japan in the $US3 Billion Global Disney Pitch in 2019. This received excellent feedback from Disney and Carat with the Australian response distributed to the global network as best-in-class. Outside of pitching, he was the strategic planning lead of the $50m + Disney account, responsible for the launch of the Disney + streaming service, delivering campaigns for record breaking franchises Avengers & Star War.

During his time evolving from coordinator to director, he has been selected as a national finalist for Cannes Young Lions, and a Yahoo! Digital star. Internally at Carat, he has been awarded the Cornerstone of Carat “People’s Choice Award” and the “Excellence in Innovation” award. 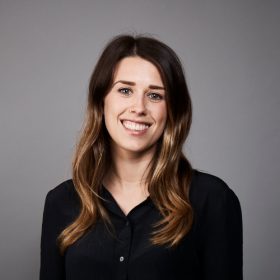 Leona wasn’t an ‘A’ student. She didn’t go to university. She started out in her mum’s hairdressing salon, where she learned the power of communication and hard graft – using that to land her first gig in media as a sales rep. Later, she joined a brand agency, excelling to win two awards: ‘Rising Star’ and ‘People’s Champion’.

After a travel sabbatical, she joined a boutique agency in an omni-channel role. She decided she then wanted a challenge in the dynamic, complex realm of digital media at Initiative. She joined in 2018 as a Digital Manager, guiding the digital strategy on Officeworks. 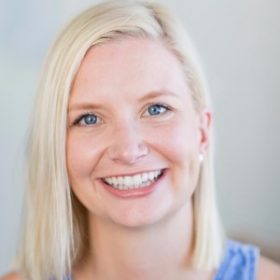 In the past seven years, Lucy has had a quick path of progression, being promoted four times to her current Client Director role. Being selected as a finalist in 2017 and 2018 B&T 30 under 30 reaffirmed her career direction striving to be a mentor to her peers and a trusted client advisor. Across her time at MediaCom, Lucy has worked with both local and national senior management to develop and implement cultural plans to deliver on priorities and boost morale.

As NGEN Brisbane Co-Chair, she worked with the MFA to lead the committee to not only make a positive impact on the Brisbane media industry, but also inspiring the greater community through successful charity involvement and contributions including the inaugural Brisbane Charity Cup.

Recently, she was appointed the client lead for Dreamworld, a nostalgic Queensland brand. Working in close collaboration with the client and creative agency across their Summer campaign, Lucy and her team delivered YOY attendance growth of 37 per cent. 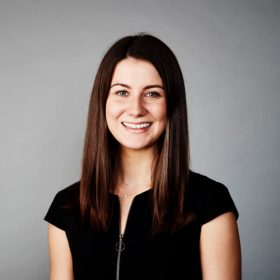 Maddison “fell into media” at 21 after landing a job in NYC babysitting for the CEO of Standard Media Index. She was then hired as a data analyst, which gave her the foundation to take on her dream role at that time – a planning executive at a luxury agency. She was just 22 and architecting Bvlgari campaigns in New York.

Fast forward 8 years, she’s Initiative Sydney’s youngest Team Director. She manages over $65M of eclectic accounts (from Carnival to KPMG, LEGO to Revlon). Some of her highlights include: leading 8 new business pitches, with a 75% success rate; Leading the transition of over $50M, at 100% accuracy; Growing her team 400% whilst maintaining the highest employee engagement scores in Sydney; and being named Campaign Asia’s APAC 40 Women to Watch. 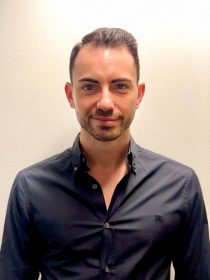 After completing a degree in philosophy and social marketing, Peter joined the Investment team at MEC. He took on as many opportunities possible, including becoming the NGEN chairman, internal NCOs and leading the company’s pro bono account. During his time at MEC, he commenced studying an MBA. He excelled at this and was offered a scholarship study a Master of Strategy, Innovation, and Management Control in Vienna, Austria.

In 2016, Peter then started a start up called Artisino. Artisno was a pan-European food box delivery box service that delivered bi-monthly food boxes from surprise European locations. Within the first 8 months of the company he realised that he wasn’t passionate about the project and sold his shares. He eventually found his way back to Australia in 2019 and landed a job at Wavemaker. He now leads his client patch, increasing Wavemaker’s level of innovation, co-leading GroupM’s PrideM and Wavemaker’s pro-bono account. 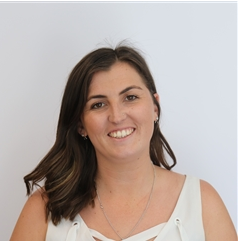 Starting client side at Monash University instilled a broad understanding of the marketing ecosystem for Samantha. She moved to OMD in 2016, working across several blue-chip clients; Coles, Village Roadshow and Bupa.

Launching the release of Wonder Woman, she worked closely with strategy and planning to ensure the integrity of the film was brought to life through media. As the first female-led and directed DC blockbuster, it was imperative to negotiate the most premium out-of-home and video placements.

Another achievement of Samantha’s was launching Coles’ Little Shop. Three weeks out from launch, competitors removed plastic bags from stores. So, the campaign required a nimble approach to mitigate risk from the expected negative PR. She proactively adapted placements to negatively target plastic and environmental content. This agile approach minimised backlash, resulting in a successful campaign in positive sentiment and business ROI. 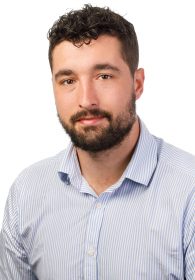 In 2016, Simon won Employee of the Year for the first time, at his first role in media at an independent agency. In 2019, he was awarded this accolade again, at Wavemaker. He says although the awards are the same, he has always been invigorated by challenges, which is what he says has led to his success.

The first challenge was transforming an agency’s approach to programmatic buying and setting a new standard for the agency after his manager left six weeks into his first role in media. The next challenge was working on Volkswagen at MediaCom. Within months he was chosen to present the Programmatic Strategy to the global Volkswagen team. I 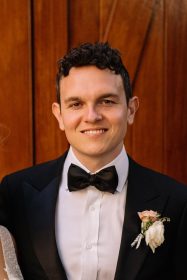 As an identical triplet, Tim’s life seems to be ruled by threes. He was an investment executive working on one brand. He then progressed to client manager working across a portfolio, and he is now a strategy director working across 7 clients adding up to 125 million worth of billings.

And, he’s had three career highlights. His presentation for Young Lions was used by the GroupM CMO in his training as the best in class example on how to tell stories in presentations. As strategic lead across Uber, Ebay and Gumtree, he has helped achieve the highest client rating scores ever on the accounts. And, hi channel strategy on Uber Eats was picked up by the global CMO of Uber and deployed across 26 markets. 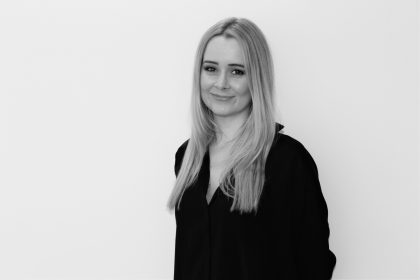 Victoria began her career as a ‘mature aged student’ at the ripe age of 24. Her drive won her her first marketing position, a paid scholarship in the UniSA School of Marketing. Working alongside marketing royalty at the Ehrenberg-Bass Institute, she has three published journal articles to show for it.

She secured her position at Wavemaker in her second year of study and completed her degree externally in her lunch breaks over the next year. At the one-year mark, she was promoted from Analyst to Executive, and in one more year she was an Account Manager. With two years’ industry experience, she took over 12 accounts, including two major clients – BankSA and Olympic Industries. .

In 2018, she achieved her career highlight by winning the national Wavemaker Globetrotters competition. With 2.5 years’ experience, she competed against Wavemaker directors and senior leaders at a national level, by pitching a proposition for international collaboration to a room full of GroupM and Wavemaker APAC heads. In 2019, she represented Australia in Dusseldorf and Warsaw.

p.s There’s no big in-person party like usual this year and we’re going to have to content ourselves with virtual drinking games and remote flirting. We’re rapidly figuring out just how the fuck we’re actually going to do that so stay tuned, but don’t buy any bloody tickets just yet.

Thanks to all of our sponsors! 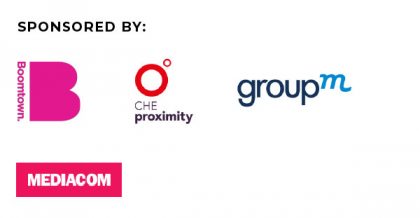