Carnival’s newest ship will sail out of Port Canaveral

Carnival Cruise Line’s next ship, the Mardi Gras, is going to bring some groundbreaking features and innovations, with six themed zones and 2,600 staterooms in 20 categories Also, the Mardi Gras is the very first ship in North America that will be powered by liquified natural gas (LNG), which is Carnival Corporation’s “green cruising” platform.

The 5,200-passenger Mardi Gras is set to enter service this November, when she will start a season of seven-day Caribbean cruises from Port Canaveral. 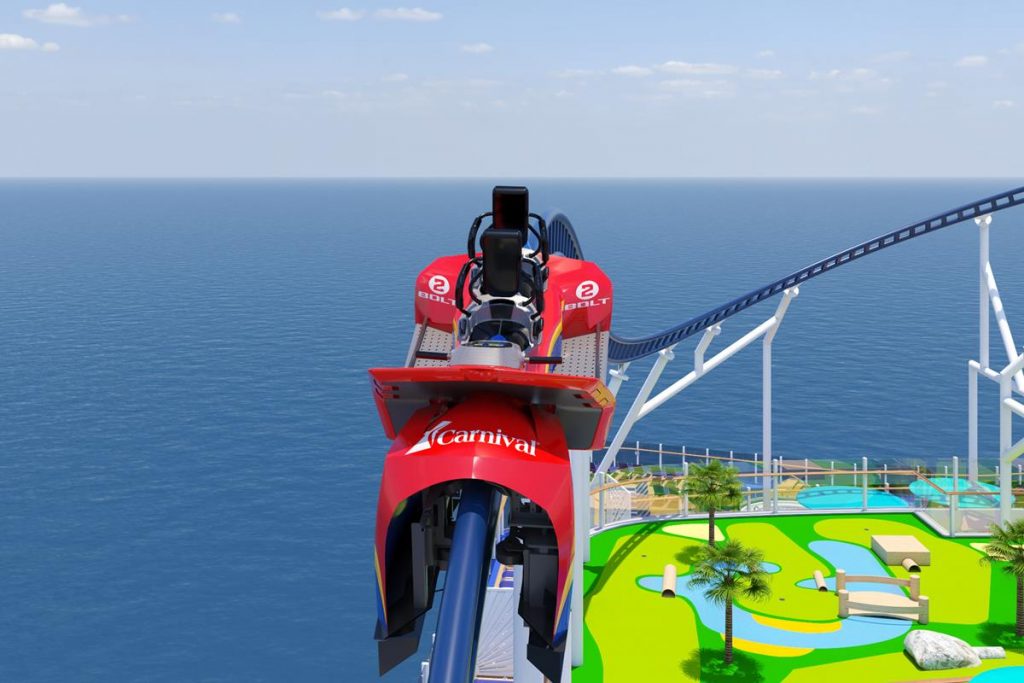 Taking cruise industry innovations to a new height, BOLT will be the first roller coaster at sea. Riders will be able to race on an 800-foot track that’s 187 feet above sea level. Guests can choose their own speed, so each ride is unique. Riders’ speeds are also posted after the race, and guests can have their photo taken during the ride.

Themed zones on the Mardi Gras include Grand Central on decks 6-8, French Quarter on deck 6, La Piazza on deck 8, Summer Landing on deck 8, the Lido on decks 16-17 and Ultimate Playground on decks 18-20.

The Ultimate Playground, which is located on the aft of decks 18-20, includes the largest and most elaborate Carnival WaterWorks aqua park in the Carnival fleet. There’s also an expanded SportsSquare, and this is also home to the new BOLT: Ultimate Sea Coaster. Guests can enjoy this family-friendly play area, soaking up the sun along with sea vistas. 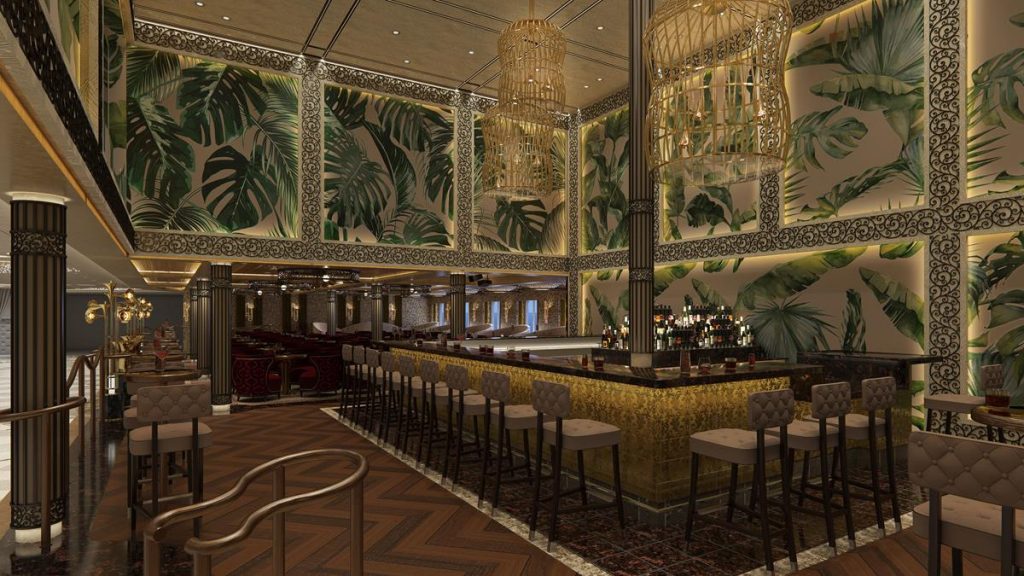 Grand Central, located mid-ship on decks 6-8, is a day-to-night entertainment complex. With a spectacular three-deck-high, floor-to-ceiling windows and a bar that overlooks the starboard side of the ship, this is the perfect venue for socializing. Also located on Grand Central is the first-ever dedicated Punchliner Comedy Club, where guests can enjoy nightly shows. And there’s Piano Bar 88 for singalongs. Grand Central will house Bonsai Sushi and Bonsai Teppanyaki as well.

Entertainment is at the heart of the Mardi Gras experience. Onboard will be the first-in-the-fleet partnership with Family Feud. In addition to a dedicated Punchliner Comedy Club, there will be new live music options and Playlist Productions. 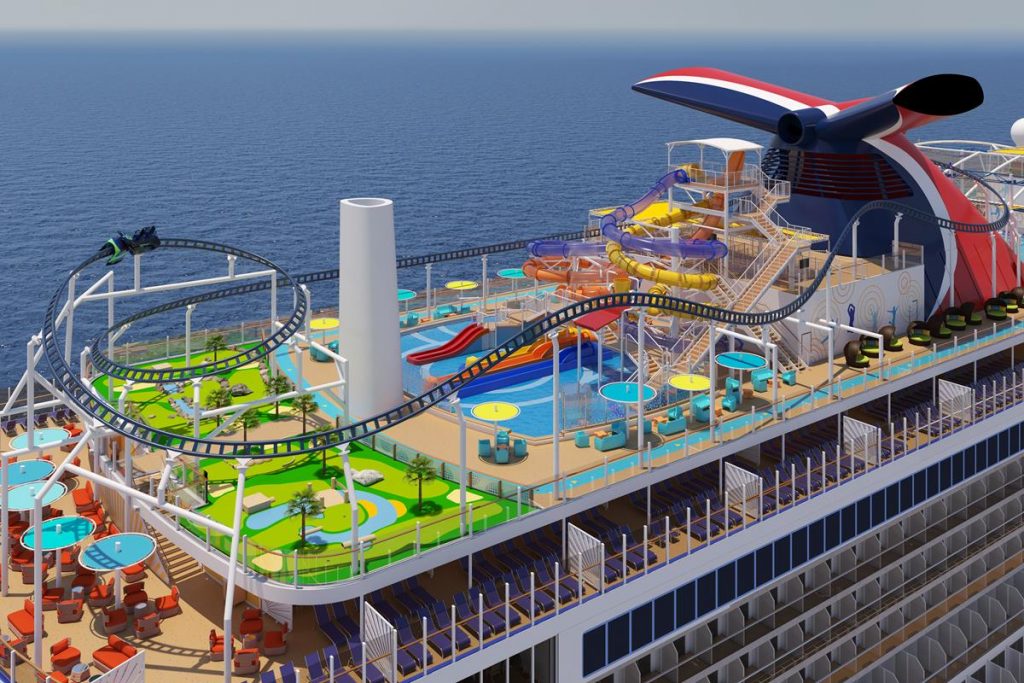 Carnival Cruise Line continues to expand, and its second XL-class ship, starting construction in 2020, will be delivered in 2022. This will also mark the 50th anniversary of the company’s founding.

The Mardi Gras is a cutting-edge ship to consider for your future cruise group.