Has the fact that it’s only Tuesday got you considering jumping on a plane to escape the daily grind? This Aviation Wrap is practically bursting with great deals to help you get there. 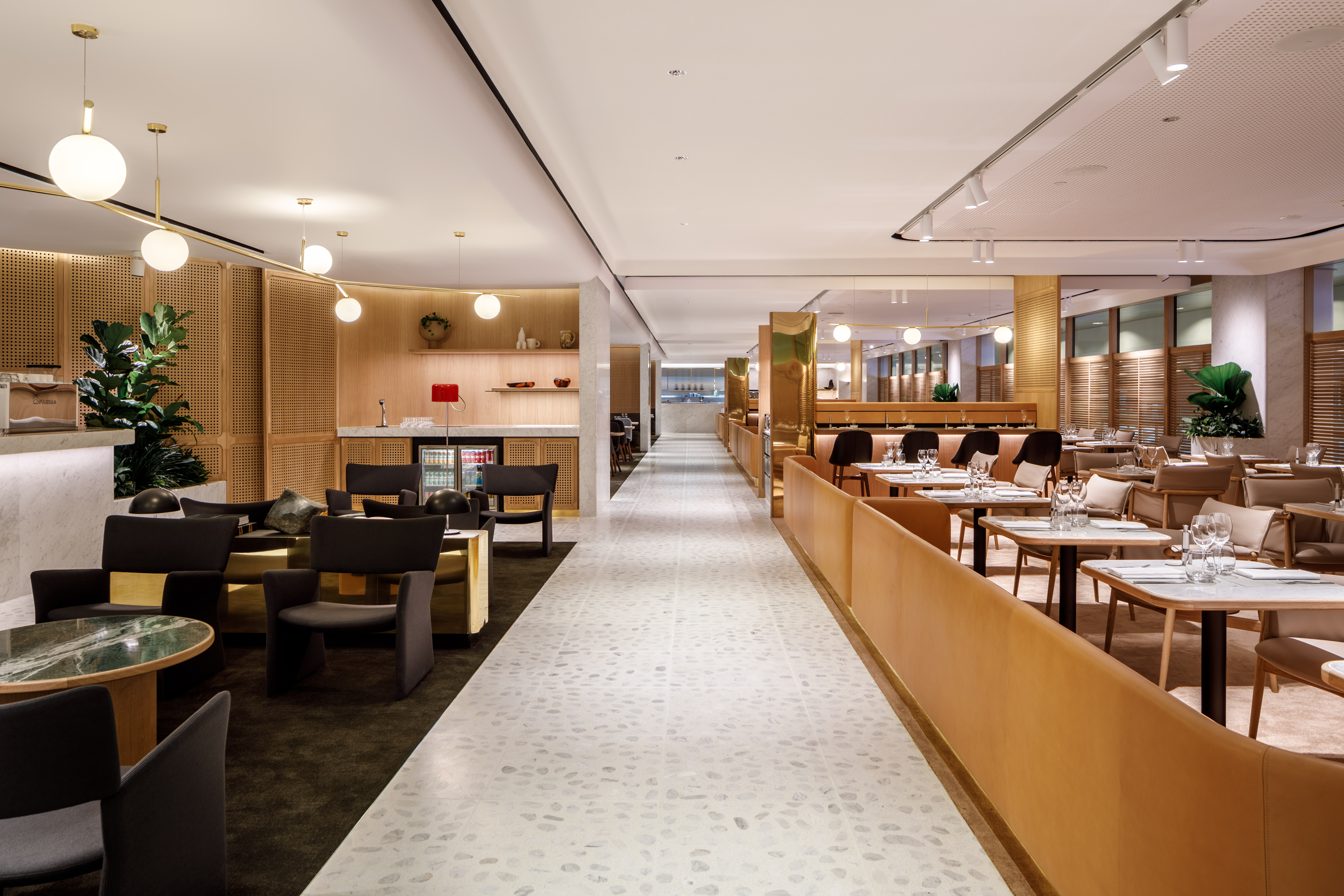 The new First Lounge will operate in tandem alongside the airline’s existing International Business Lounge, providing capacity for 240 customers and a bespoke offering for Qantas’ First Class passengers and top tier frequent flyers.

The new build was designed by Australian designer David Caon in collaboration with Kelvin Ho of architecture and design firm Akin Atelie and features a number of Singaporean influences across the look and feel of the lounge as well as the food and beverage offering. 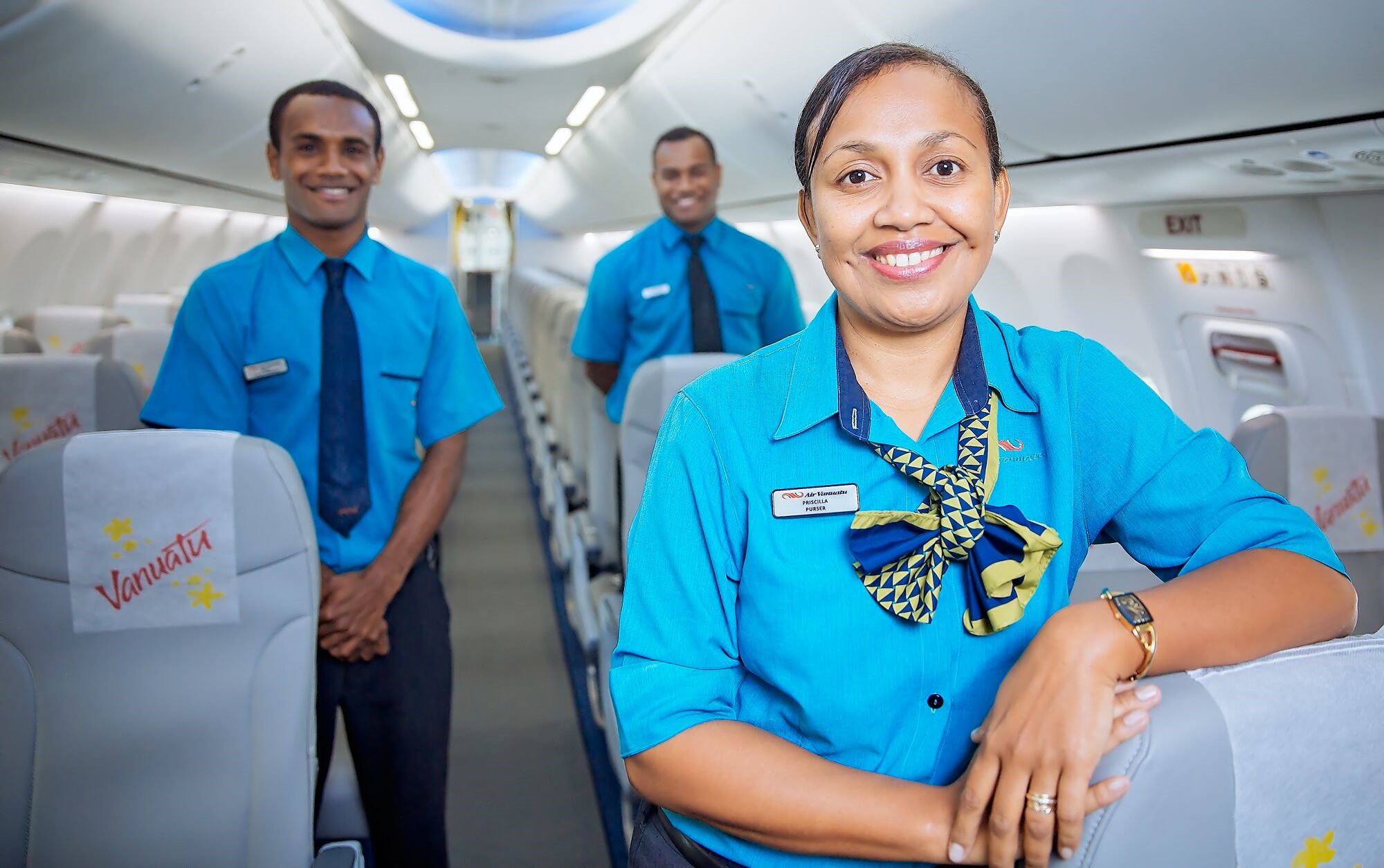 Flights are on sale now. To take advantage of these great fares, bookings must be made by 14 December 2019 for travel between 1 December 2019 and 31 January 2020. Flights are subject to availability and blackout dates apply.

South African Airways (SAA) has received its third Airbus A350 over the weekend. In June, SAA announced the order for four brand-new Airbus A350 aircraft and expects all to be delivered before the end of 2019.

The four Airbus A350 aircraft will provide an improved service and increase efficiency for SAA across its long-haul routes to the USA and select European destinations. 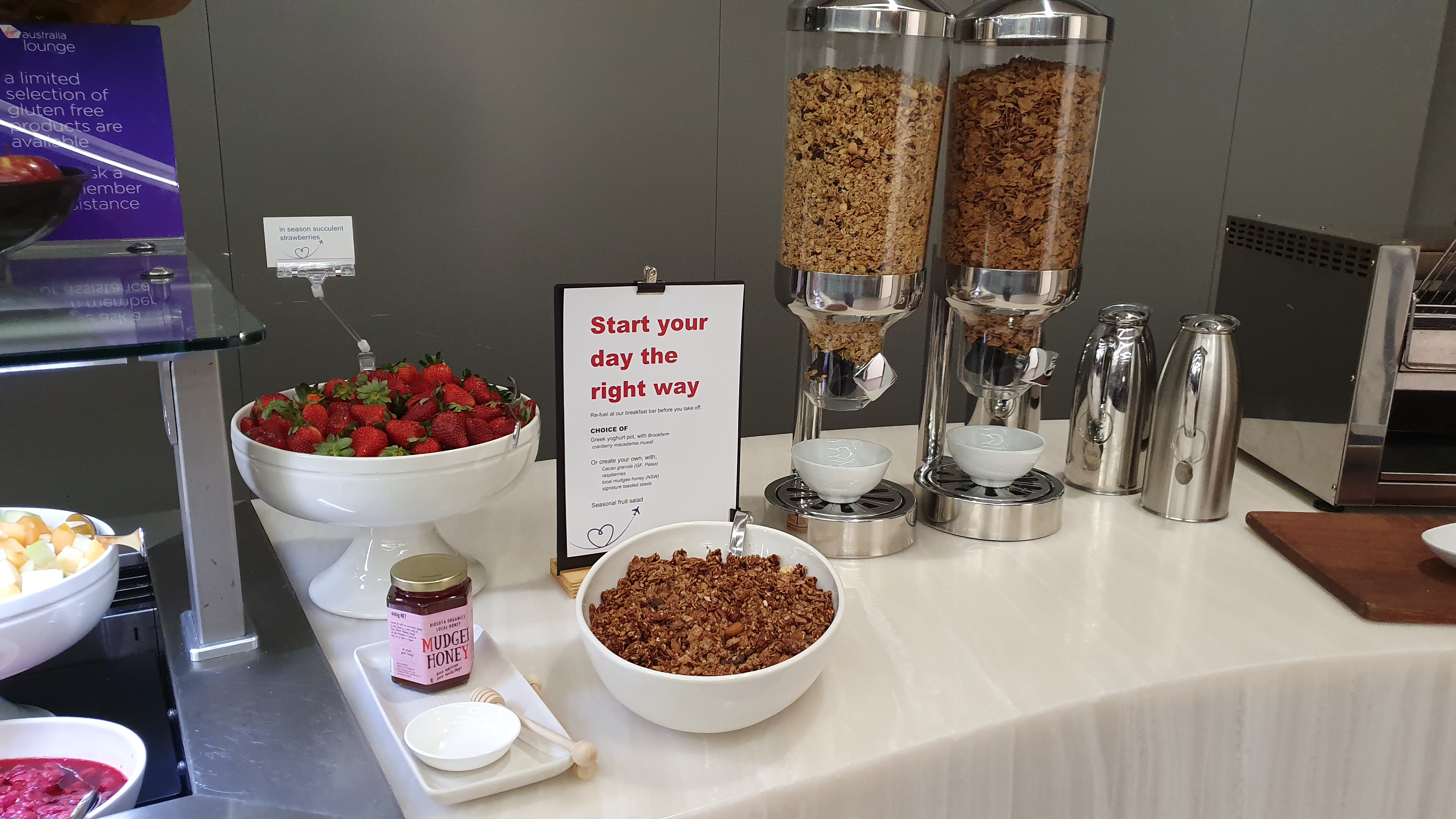 Virgin Australia is trialling a ‘Health Zone’ on the upper level of its Sydney Lounge over the next four weeks from 5am to 9:30am Monday to Friday. The program was developed as part of a partnership with Spotless to come up with a food and beverage offering that focuses on convenience, health and wellbeing and choice.

Meanwhile, the airline is celebrating Thanksgiving by offering flights to Los Angeles from $899 return and offering passengers the chance to win back their fare (up to $1,000 per booking).

The sale will run until 4 December.

Qatar Airways has turned the pre-match team-talk into an entertaining safety video that will be shown on board flights before the end of the year. Featuring football legends past and present, the humorous video delivers important safety information with the help of personalities from the airline’s ongoing partnerships with AS Roma, FC Bayern Munich and FIFA.

This is a locker room like never before in which Lewandowski demonstrates how to use a life jacket, where Cafu helps a younger version of himself attach an oxygen mask and where Paris Saint-Germain star Neymar Jr makes a special appearance to guide Qsuite passengers.

Directed by Peter Lydon, who co-wrote the script with award-winning creative agency 180 Kingsday, the six-minute film is designed for Qatar Airways’ global, family audience. Mirroring the airline’s latest campaigns, the film seeks to add a playful spin to a vital part of the in-flight experience.

For this year’s Black Friday sales, Fiji Airways has launched special fares for Aussies wanting to go to Fiji, with return fares starting from $654.00 AUD to the South Pacific paradise.

The sale comes just as the airline has taken delivery of its new Airbus A350-900 and Aussies flying from Sydney will have the chance to fly on the new luxury wide-body aircraft.

Fiji is just a four-hour flight from Australia, making it the perfect destination for a getaway. Whether you’re after a weekend away, a family holiday or a romantic getaway, with over 300 islands, the destination has something for everyone.

Travellers need to act quick as the Black Friday sale is only available from the 26 November to 4th December or until sold out.

Air New Zealand has teamed up with the world leaders in group fitness at Les Mills to create a series of inflight wellness exercises specifically designed to enhance the wellbeing of its customers.

By 1 December, all customers travelling on international Air New Zealand services will have access to a series of stretches, exercises and meditation techniques hosted on the airline’s inflight entertainment system to help ease the tensions of travelling.

Air New Zealand Senior Manager Customer Experience Niki Chave says the partnership is all about leveraging the professional expertise of Les Mills trainers from around the world to enhance the inflight experience, with a focus on customers travelling in Economy cabins. 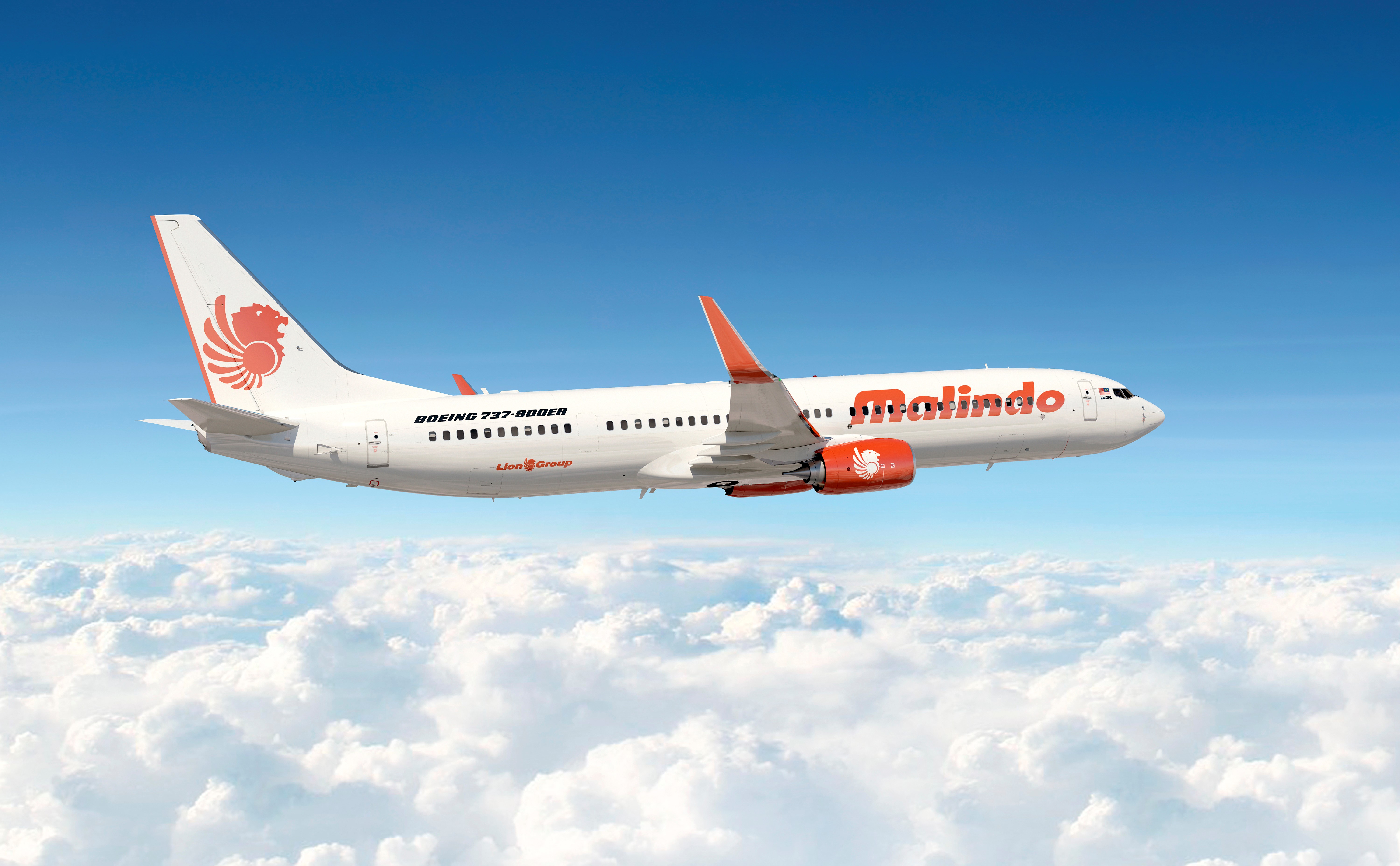 Travel from Melbourne to Kuala Lumpur via Denpasar, Bali with super saver return fare from only $553. Economy value starts from only $905 and Business-class promo fares also on offer, starting from only $2,210. Book now at malindoair.com.

Those in the know have discovered Malindo Air’s great fares with premium inclusions like generous legroom and in-flight entertainment as standard. Snap up one of these incredible flight deals to join them for a Christmas and New Year’s holiday escape!

Emirates rolls out ‘Year of tolerance’ A380, ready for historic flight 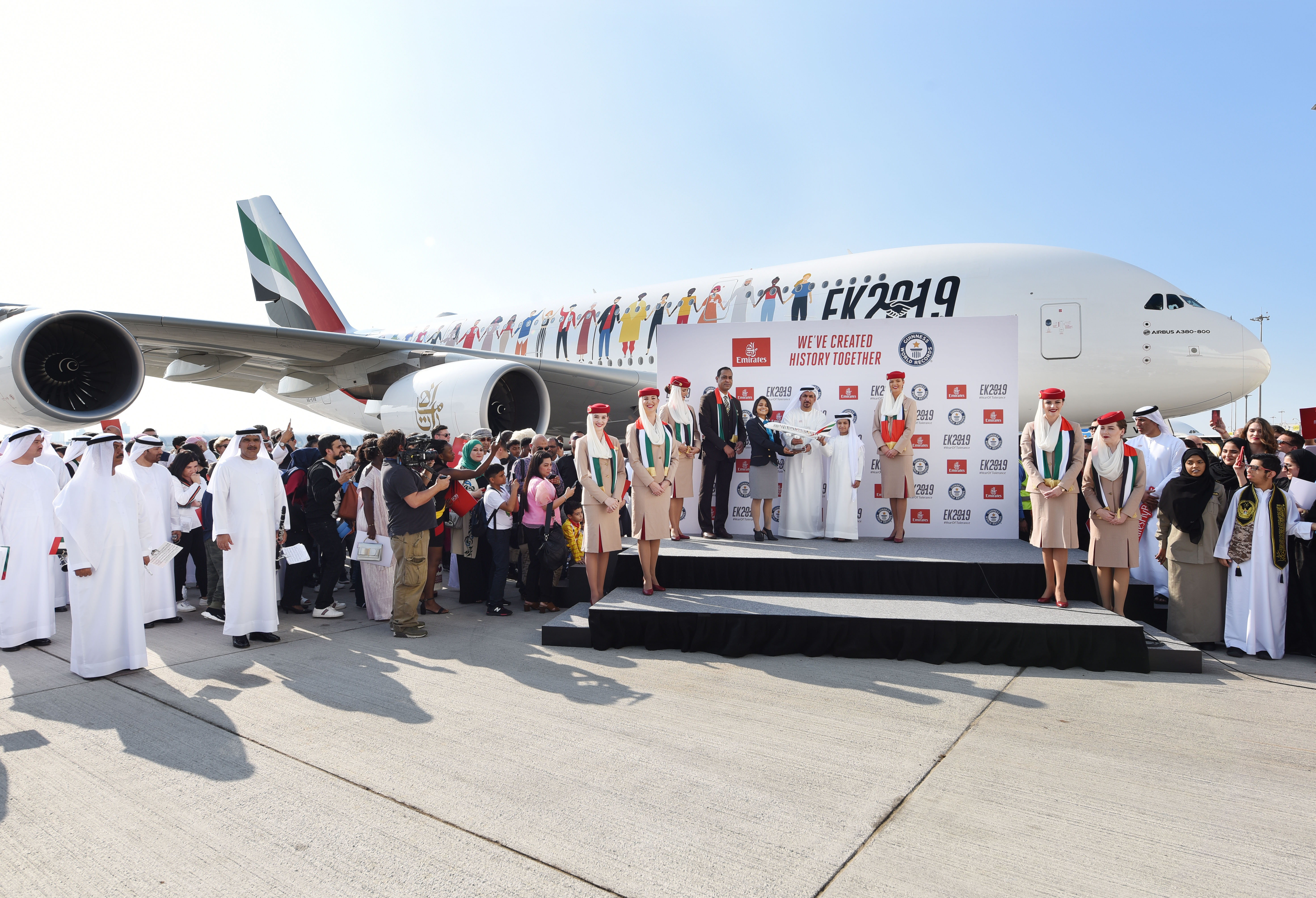 Underscoring its mission to bring the world together, Emirates has rolled out its A380 dressed in the striking ‘Year of Tolerance’ livery from its Engineering Centre, ready to take-off for the historic one-off EK 2019 flight on 29 November that will bring together the diverse, multi-cultural communities of the UAE.

The vibrant ‘Year of Tolerance’ livery depicts a panorama of people from diverse backgrounds and cultures holding hands in solidarity, celebrating the UAE’s message of multiculturalism. The colourful illustrations adorn both sides of the aircraft. After its debut this Friday, this aircraft will fly across Emirates’ A380 network of over 50 destinations for the next twelve months to spread messages of tolerance and mutual respect wherever it lands.

Thousands of Boeing employees gathered for the debut of the first 737 MAX 10 at the company’s Renton, Washington factory. During a ceremony, Boeing leaders highlighted the team’s accomplishments and recognized their efforts in completing production of the newest member of the 737 MAX family.

The 737 MAX 10, the largest variant of the MAX family, can seat up to 230 passengers and offers the lowest seat-mile cost of any single-aisle aeroplane ever produced. The aeroplane will now undergo system checks and engine runs prior to first flight next year.

The 737 MAX 10 currently has more than 550 orders and commitments from more than 20 customers around the globe.