SINGAPORE — The famed Raffles Hotel here reopened in August after a two-year renovation, meticulously restored to the 1920s-era splendor that fascinated the likes of British playwright W. Somerset Maugham, down to the carvings on its columns and the teak floors.

The building dates back to 1887, when Singapore was a British colony.

The Raffles was acquired in 2016 by France’s AccorHotels with its nearly $3 billion purchase of FRHI Holdings, owner of the Raffles and Swissotel brands. Michael Issenberg, Accor’s CEO for Asia-Pacific operations, called the hotel a crown jewel.

The Raffles is just one of the many “heritage hotels” that have sprouted up across Southeast Asia. Historic buildings in countries such as Myanmar and Cambodia are being turned into luxury accommodations designed to stand out in a fiercely competitive market and lure affluent travelers by offering something out of the ordinary.

Booking website Five Star Alliance lists 112 five-star-rated hotels in Thailand and 58 in India, far more than Japan’s 32. The facilities tend to be fairly similar in terms of quality, making it difficult for any given location to keep guests coming back.

The Raffles can pull ahead of the pack, Issenberg said. Its rooms are priced accordingly, coming in at 1,000 Singapore dollars ($727) a night — 60% more than the nearby Marina Bay Sands. 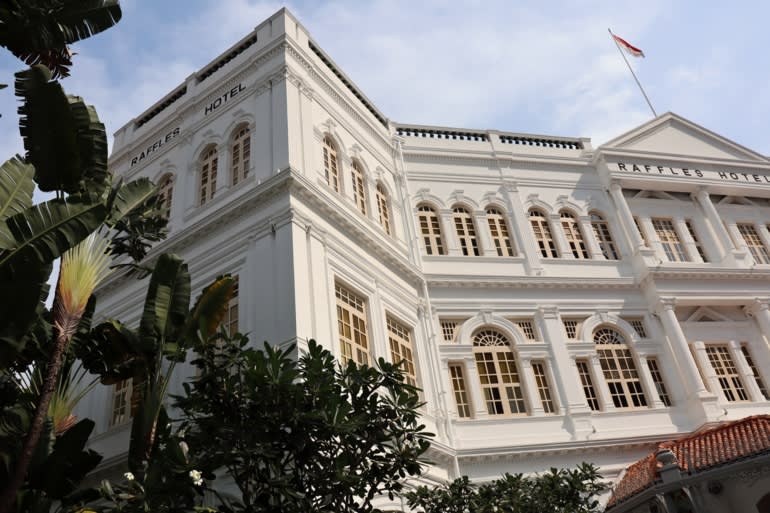 The Raffles Hotel in Singapore was meticulously restored under new owner AccorHotels. (Photo by Mayuko Tani)

Renovations are also underway at two Raffles-branded hotels in Cambodia.

Local governments have welcomed companies putting colonial-era buildings to commercial use, as long as they are properly restored.

In Yangon, Myanmar’s largest city, Hong Kong’s Rosewood Group has converted an old courthouse into a hotel, while Hongkong and Shanghai Hotels is opening a hotel as early as 2021 in the former headquarters of the Myanmar Railway Co.

Less-prominent buildings are also getting the luxury treatment, including the 19th-century “shophouses” of Singapore and Malaysia. Six Senses Hotels Resorts Spas, a unit of Intercontinental Hotels Group, has turned rows of shophouses in Singapore’s Chinatown into high-end accommodations.

Access to real-time data on indicators such as vacancies has left hotel operators more vulnerable to price competition, on top of the threat posed to the entire industry by Airbnb-style short-term vacation rentals. 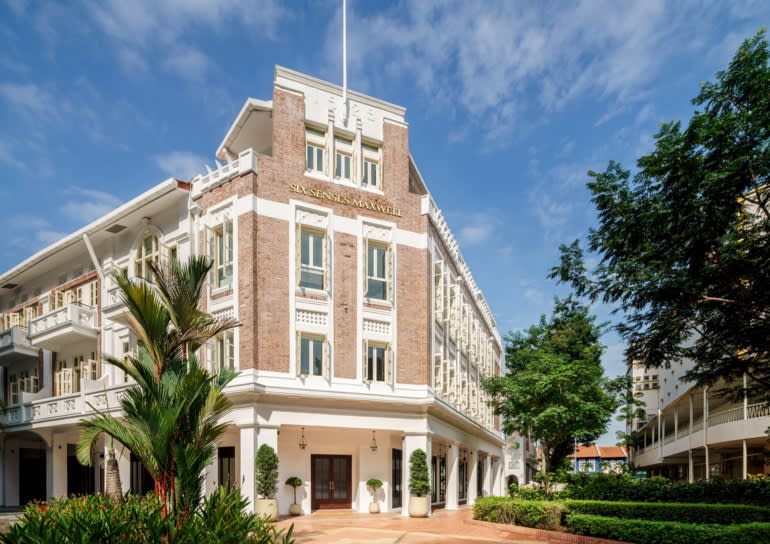 Heritage buildings let operators tell stories about the area in a way that conventional hotels do not. The Eastern & Oriental Hotel in Penang, Malaysia, is located in George Town, a UNESCO World Heritage Site, and advertising for it talks about the area’s rich history as a trading hub.

These high-end lodgings target a growing contingent of wealthy Asian travelers. South Asia, including India, is forecast to be the fastest-growing market for luxury outbound trips, with average annual growth of nearly 12% between 2015 and 2025, according to a report by reservation systems provider Amadeus. Southeast Asia ranks third among the regions surveyed at more than 8%.

The rise in high-end tourism from China that had driven overall demand over the last decade is projected to slow somewhat. Amadeus chalked this up to the Chinese market having “already reached the point where its middle class is maturing and increasing in sophistication.”

Affluent younger Chinese are willing to spend lavishly on experiences, said Govinda Singh of real estate consulting firm Colliers International. Consumers in the region are starting to place more weight on intangibles rather than tangible goods, and stays at heritage hotels could fit the bill.