And on Thursday, Georgia Love and Lee Elliot embarked on yet another luxury holiday, just weeks after retrnung home from their trip to Africa.

Taking to Instagram, mechanical plumber Lee, 36, and Channel Ten reporter Georgia, 30, shared photos on their way to Melbourne Airport before jetting off to Bali for a friend’s wedding. 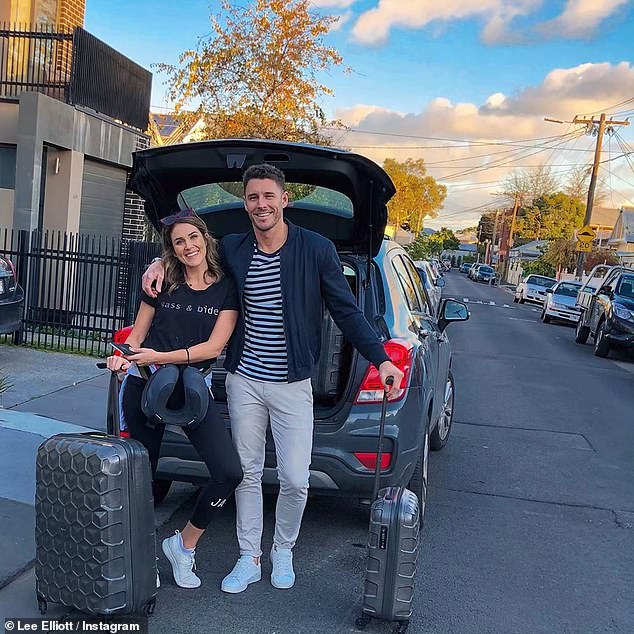 Another day, another holiday! Georgia Love and Lee Elliot jet off AGAIN on a luxury vacation to Bali just weeks after returning home from their African safari

‘That holiday feeling!! Heading off to our friend’s wedding in Bali,’ Georgia captioned.

In a separate post, Lee shared his own snap and wrote: ‘Sun of a beach it’s cold and winter is snow laughing matter so we’re off to get ourselves some vitamin sea!’

Their latest trip comes after a year of holidays all around the world. 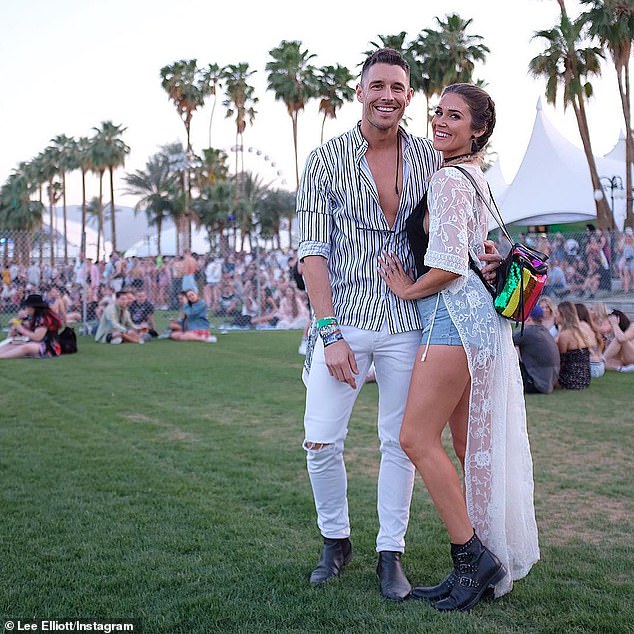 From safari trips in Cape Town to Disneyland in California, the loved-up pair have ensured they make the most of every second they’re together.

In April 2018, the couple ventured across to the US to begin their three week journey across California and Mexico.

The pair started in the Palm Springs desert in southern California for a weekend of music and dancing at the Coachella festival.

The couple were seen taking in the sun and festival atmosphere during weekend one of the festival and watched acts such as Beyonce, Cardi B and Eminem perform on the main stage. 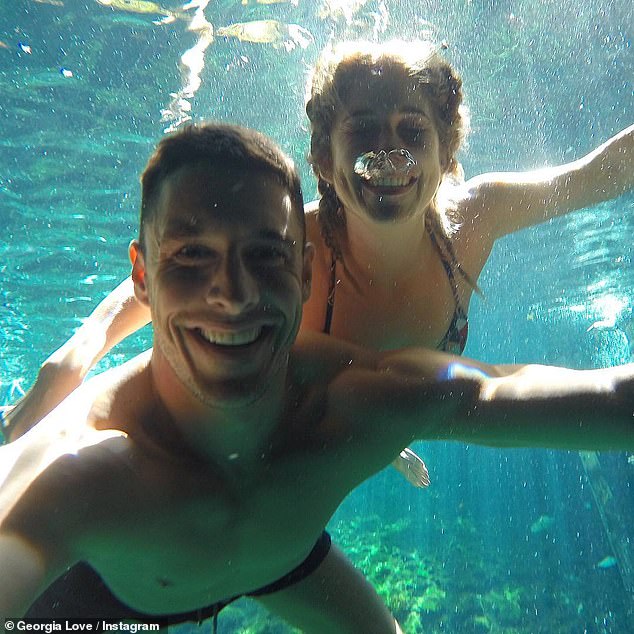 Active pair: The couple captured themselves doing many activities on their trip.  Pictured: Georgia and Lee swimming in the Grand Cenote, Tulum on April 22, 2018 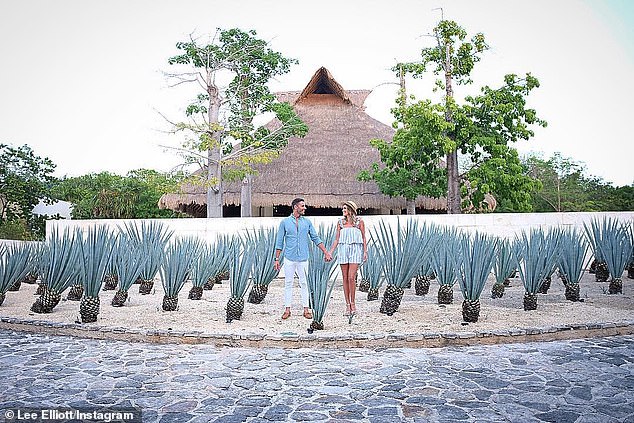 Tranquil: Moving on from the boozy crowds and mosh pits, the pair then travelled to the more tranquil Tulum, a town on the Caribbean coastline of Mexico’s Yucatán PeninsulaTula. Pictured: Georgia and Lee at the Blue Diamond Luxury Boutique Hotel on April 24, 2018

Five days later on April 20, the pair moved on from the boozy crowds and mosh pits to the more tranquil Tulum, a town on the Caribbean coastline of Mexico’s Yucatán Peninsula.

It was here that Georgia and Lee indulged in spa days, luxurious meals and alone time as they lounged lazily around the Blue Diamond Luxury Boutique Hotel.

After five days of rest and relaxation, the couple returned to Los Angeles on April 25 to end their trip in Hollywood.

Georgia and Lee brought out their inner youth as they visited Santa Monica Pier and Disneyland, ran along the famed Runyon Canyon and took in a LA Dodgers baseball game at Dodgers Stadium. 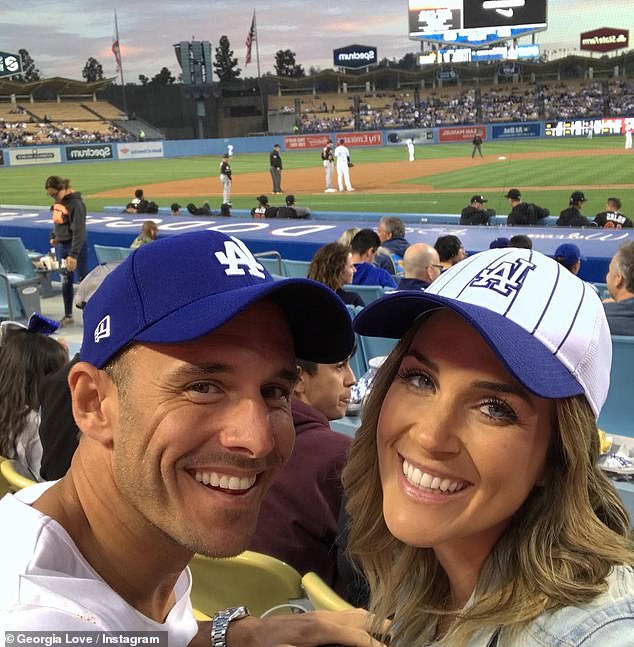 Living like a true American: The pair even took in a traditional LA Dodgers baseball game. Pictured: Georgia and Lee at Dodgers Stadium on April 25, 2018 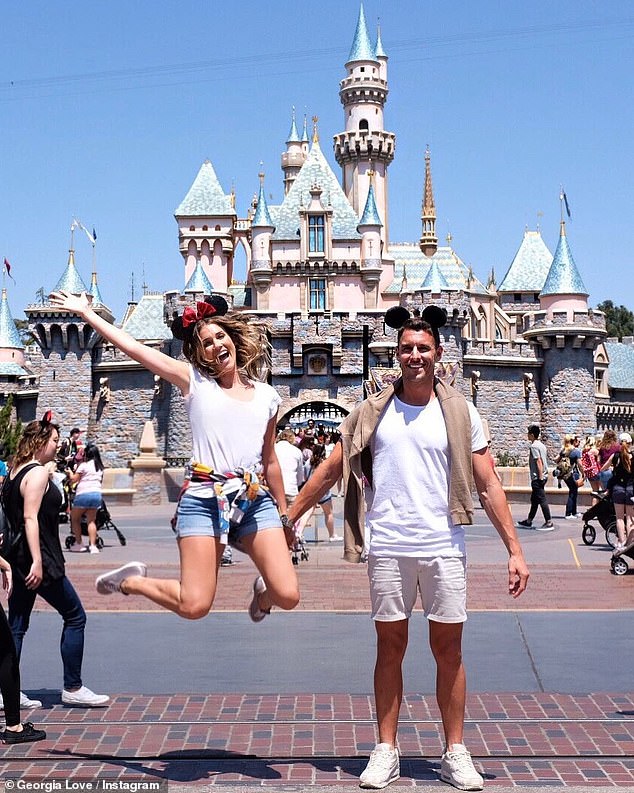 A year later in April 2019, a friend’s wedding called them to embark on a trip to Cape Town in South Africa.

And while the wedding was the main reason for the getaway, the couple ensured to make the most of their time away and turned the trip into a three week adventure.

The couple swam with sharks, photographed animals on a safari tour and snuggled up to each other at the world’s largest waterfall Victoria Falls.

During the trip, fans took to their socials to ask when the pair would finally be getting married after photos of them in their wedding finest had them hoping their love story would soon be finalised. 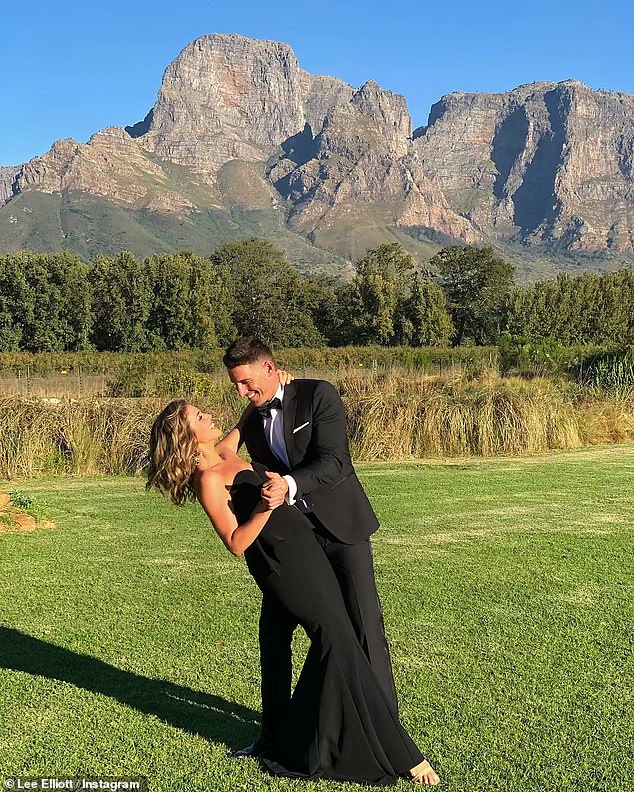 A true love story: The pair sent fans wild earlier this year after photos of them at a friend’s wedding had them asking when it would be their turn to walk down the isle. Pictured: Georgia and Lee at the Boschendal Wine Estate, Cape Town for their friend’s wedding on April 26, 2019 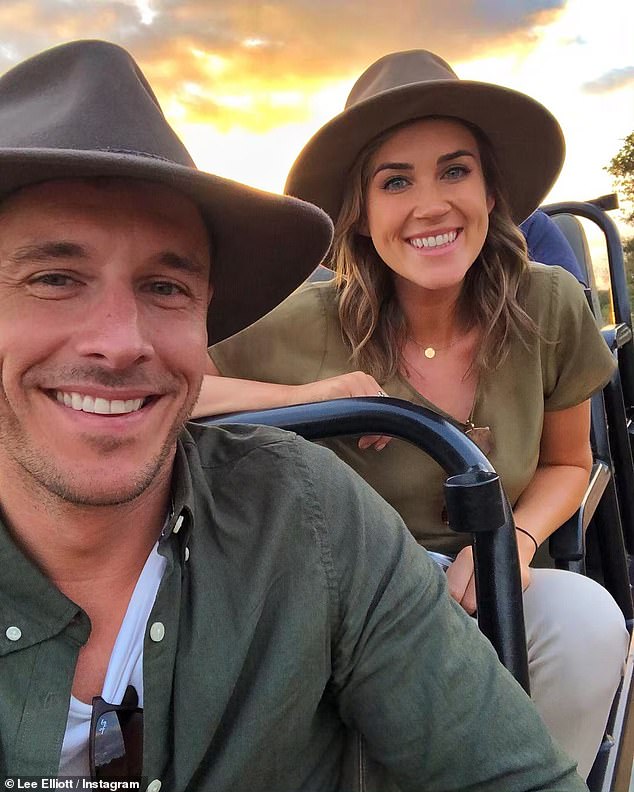 On safari! The couple captured themselves swimming with sharks, seeing remarkable animals on a safari tour and snuggling up to each other at the famed Victoria Falls. Pictured: Georgia and Lee on a safari tour at the Simbavati resort, Cape Town on April 28, 2019