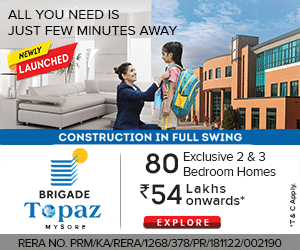 The United
Nations World Tourism Organisation has predicted that India will account for 50
million out-bound tourists by 2020 — a sharp increase from the present figure
of 25 million. The same report says that Indian tourists  are among the highest spenders per visit  in the world
and this spend is estimated to rise from 2018 figure of 23 billion to 45
billion by 2022. India’s list of millionaires doubled from 2007 to 2017 and that
number is expected to grow to 9,50,000 millionaires by 2027 !

The country’s
new net-worth  population is growing at
more than 20 percent and is the fastest in the world. The latest un data shows
that Indians spent 18 billion for travel abroad in 2017 and annual growth of
9%, one of the fastest growth rates in the world. The benchmark spend has been
surging. If five years ago, high-end Indian travellers were  comfortable spending 1000 dollars (Rs.
69,528.50) per person per night, on an African safari, but  now they do not mind spending up to 3500
dollars (Rs. 2,43,349.75) per person ! I am sure all this splurge cannot be
white. The black money phenomena has reduced but not over. With so much money
to splurge, our Indians are going overboard in savouring exotic customised
travel being offered by our travel
industry.  These agents are now
called as “Travel Designers” ! Let us look at some of the customised  travel plans on offer:

Travel Designer
Viswanathan Gopalakrishnan of Chennai designed a 100-day honeymoon package for
ultra-high-net-worth couple from South. Everything was monitored, right down to
their laundry and though the couple did not want to “show off” their vacation,
it featured many brag worthy moments. Covering 36 cities, it included Coldplay
concerts in Hamburg, during which the band performed the newly-wed’s play-list
and met them backstage.

The groom
visited the Audi and Porsche factories to learn how to handle their race cars.
Once he was certified, a simulated race was organised for him at the Ascari
race track, where he competed with other semi-professional racers. His wife
attended a three-day workshop in France on how perfumes are made, and  marketed. The couple also visited a watch
factory in Switzerland  where a
custom-made watch  was gifted to them, a
gift from a relative who wanted them to receive
it in the watch factory.

While on their honeymoon, only one dedicated staff member was allowed to contact the couple. She coordinated their flights and bookings. All their luggage-shopping and items they did not want to use was shipped to their London flat after every stop. Their  laundry was managed out of Chennai ! Their clothes were washed and delivered to their next destination or London apartment. What a logistic challenge  and it  took the travel agent three months to plan. How much did this fantasy cost? Your guess is as  good as mine.

Arun Lalsi of
Experiential Travel Journeys has clients whose idea of luxury vacation is
visiting game reserves in Rwanda and Botswana. Such a  holiday for a family of four can cost Rs. 75
lakh upwards, he says. Included in this package are luxury tents that come with
butlers, helicopter transfers, rent for satellite phones etc. Every other month
he sends his clients photographs of a new destination like some private islands,
Swiss Chalets in Alps. These are ideas for them to travel. Money just does not
matter. The more exclusive the venue is the higher the demand.

These vacations have moved beyond staying in a luxury hotel and shopping for designer goods. It is now “Designer Experiences.” One of Arun’s clients wanted to watch the famous Cherry Blossom in bloom but he did not want to share his cherry blossom visit with anybody else. He wanted to walk in the avenue all alone with his wife. So the travel agent went in advance, checked all the avenues where Cherry Blossom trees were planted, found out a deserted avenue and booked it for this couple, with a romantic Tamil song timed for the walk ! We may think it is absurd but for the couple it is an “Exclusive Experience.”

Six people from
North India had no qualms spending Rs. 1.2 crore for a 6-day trip to Ibiza, the
world  party  capital. They wanted a big yacht, painted
black only, so they hired a yacht from footballer Cristiano Ronaldo at a price
of 25,000 euros (Rs.19,48,011.89) a day. At the destination of Ibiza, each
member wanted an exclusive suite. They chartered a big plane for a 30-minute
flight to another European destination for a cool sum of 30,000 euros (Rs.
23,37,614.26).

It is a
well-known fact all over the world that Indians splurge on their weddings. If
one wants to book Shah Rukh Khan to dance for 15 minutes you must be ready to
cough up a cool Rs. 1 crore. And there are enough people who are ready to shell
out that kind of money. Recently Ambani’s son’s marriage was in news. The
invitation card itself cost Rs. 3 lakh ! The bride’s dress in diamonds cost a
cool Rs. 3 crore.  But for Indians  to splurge
money on holidays is a new phenomena.

I have just
enumerated a few classical examples of extravaganzas the modern Indian does not
mind experimenting and does not mind splurging, an unknown phenomenon a few
years back. So next time you want to dine in an exclusive restaurant or meet a
celebrity on your holiday, dial Holiday Designers. They will try to make your
fantasy a reality, at a price, of course. The latest trend is honeymoon
photography. Professional photographers are sent with the couple to capture all
the magic moments of their travel.

What is the
reason all the countries  are  holding Road Shows in India offering exotic
holidays? Why do they want Indian tourists? Simple, Indians are high spenders
on shopping.

Everyone now is
in search of that brand “Exclusivity.” Every year our Rotarians make a trip
abroad. So next time why not try an “Exclusive Experience.” It may be worth it.
Of course, everything comes with a price tag.